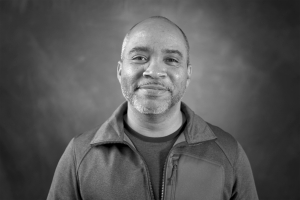 Cardell grew up in Memphis, TN being “dragged” to school board meetings and marches, along with his sisters, by an activist mother concerned with justice, equity, and building parental power to make sure students receive high-quality education. Community engagement was modeled every day, and it was not so much taught as engrained in their being. Cardell’s father, a social justice activist, helped organize a weekly student walk-out protest (called Black Mondays) that resulted in the first African American school board member’s election in Memphis. With this foundation, serving as the Memphis City Director for Stand for Children is like coming full circle.

More recently, Cardell was the founder and Principal of Linx Consulting. Over 10 years, Cardell was involved in projects that stretched across a wide breadth of areas including strategic planning, community development, communications, community engagement, political campaigns, and technology services. Prior to founding Linx Consulting, Cardell worked as the Chief Information Officer (CIO) at LeMoyne-Owen College in Memphis. As the CIO, he managed all of the college’s technology in addition to providing direction to the development and documentation of overall administrative processes.

Cardell co-founded New Path, a local political action committee, focused on engaging young people in the political process and electing solutions-oriented candidates to local office. He has worked with campaigns that cross political parties, local geographic areas, and legislative bodies (local, state, and federal). New Path had particular success in electing school board members, at one point playing a key role in the election of 5 of 9 Memphis City School Board members.

Cardell is a founding board member of Hattiloo Theatre, Memphis Urban League Young Professionals, and the Benjamin Hooks Institute for Social Change Advisory Board. He is also Chair of the Board for Freedom Preparatory Academy a Memphis charter school. He graduated from the Leadership Academy Fellows Program, has received a Top 40 Under 40 Award from the Memphis Business Journal, and was a member of the 2007 class of Leadership Memphis.

Cardell attended public schools in Memphis through high school, at which time he had the opportunity to attend Phillips Academy Andover in Massachusetts. Cardell graduated from the University of Pennsylvania with a Bachelor of Science and Engineering in Computer Science and Engineering with additional studies in African American Studies and Entrepreneurial Management.

Cardell continues the family tradition “dragging” his young daughter, Samira, to her first campaign meeting before she turned one.