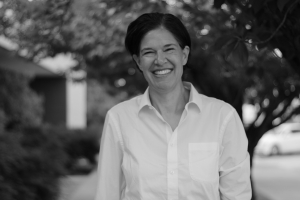 Kaaren Andrews joined Stand for Children in April of 2019 as the Washington State Director for the Center for High School Success. She has long admired Stand’s commitment to fearless advocacy for children and families, and she is excited about joining forces to take the high school program to scale in Washington.

Over the past 20 years, Kaaren has worked as a leader in public schools in Washington and California to address systemic and structural inequities that continue to negatively impact the most vulnerable youth. She’s served as a principal for five schools, serving students from preschool through 12th grade. While recognizing the structural challenges of meeting the diverse needs of individuals, particularly those impacted by institutional racism, poverty, and inequitable access to opportunity in our communities, she maintains a firm belief in our public schools as the central ecosystem most capable of promoting broad social change through thoughtful assessment, provision, and monitoring of intentional and intensive academic, behavioral, social-emotional, and vocational support.

She’s spent the past nine years building an alternative high school program in Seattle called Interagency Academy that serves almost 2000 students each year across twelve campuses. The students served represent almost all the students in Seattle who have not been supported adequately by traditional schools. Disproportionately students of color, they represent the failure of a large system to recognize and dismantle the forces of institutional racism. For most students, Interagency is the last chance for education after falling behind due to suspension, incarceration, homelessness, untreated mental health issues, drug and alcohol addiction, and other life-changing events that have left them discouraged and years behind their same age peers. All of her work was done in partnership with multiple local government and community organizations bringing resources and expertise in adolescent health, housing support, addiction, mental health, vocational training, community college, and the arts. She’s learned very intimately what happens to students when they don’t succeed in high school, and she has been integral in correcting the course for many students through alternative school education.

Kaaren played basketball and graduated from Princeton University, and it was there that her passion for this work began. She received her Master’s from Stanford University in Education Policy and Administration. She lives in Seattle, is married, and has two school age daughters that she loves to coach in community sports.