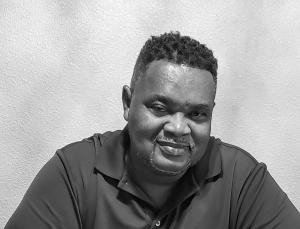 A ministry leader and former athletics coach, Tony is a familiar face around Baton Rouge. As Stand’s first faith-based organizer, he builds bridges between the faith community and the school system, serving as a role model for students facing many of the same challenges he overcame as a youth.

Tony was one of the kids who slipped through the cracks. He couldn’t read in third grade, so to keep his classmates from noticing that he didn’t know what his teacher was talking about, he acted out. His path changed when a high school coach pushed him to be better than the statistics. Tony strives to be that same force for change in the lives of students he meets through his work at Stand.

Tony is the founder and CEO of Exception Leadership, a leadership training organization, and currently teaches Leadership at Hope Bible Institute. He previously worked as a track and field coach at Woodlawn High School in the East Baton Rouge Parish School System and as a director at a substance abuse center for youth and family support organizations.

A Baton Rouge native, Tony graduated from Capital High School, studied Sociology at Valley State University in Itta Bena, Mississippi, and earned a Psy.D. in Biblical Psychology from Hope Bible Institute. He has written two books: The Anatomy of Leadership and God is Not in Control. He is very involved with other community organizations including serving on the advisory council for the East Baton Rouge Chief of Police, serving as education liaison for the Capital Area Reentry Program (CAPARC), and serving as education liaison for ReCAST Baton Rouge.

Tony lives in Baton Rouge with his wife, Jackie, and their little Shih Tzu, Peaches. He is the proud father of four adult children, all of whom graduated from the East Baton Rouge Parish School System.