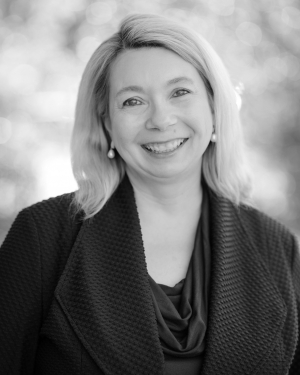 As Government Affairs Director, Brigitte is focused on removing obstacles that keep all children in Louisiana from attending excellent schools. While at Stand, she has worked on legislation that created the ability to open small scale schools called Learning Pods within the public school system. She also worked on juvenile justice reforms such as eliminating fees and costs in the juvenile justice system, a policy that will put a dent in the school-to-prison pipeline.

For almost 25 years, Brigitte Nieland has been a recognized leader in Louisiana’s education reform and workforce development arenas. She began her career in education policy at the Louisiana Association of Business and Industry (LABI), the state chamber of commerce. There, as a young lobbyist and policy analyst, she worked on groundbreaking projects such as Louisiana’s first charter school and voucher legislation.

Next, Brigitte became the Education Administrator for the State Board of Elementary and Secondary Education (BESE). During her tenure, she helped facilitate BESE’s response to major legislation such as passage of the State School and District Accountability Plan and the creation of the Louisiana Community and Technical College System, which moved technical colleges from BESE’s authority to a new system dedicated to two-year post-secondary education.

Following BESE, Brigitte joined the Council for A Better Louisiana (CABL) as Senior Vice President and Director of CABL’s Forum for Education Excellence. She researched and wrote a publication entitled, “The Essential Profession: Improving Teacher Quality in Louisiana,” which shined a light on the urgent state of Louisiana’s teaching force at that time. The release of the publication led to the creation of a state Blue Ribbon Commission on Teacher Quality, which passed landmark reforms in teacher education and higher education accountability. Her service on the commission resulted in a commendation from then Governor Mike J. Foster.

Brigitte then returned to LABI as Vice President for Communications and Director of Education and Workforce Development. This was a critical period for the state, and revolutionary in many ways. Brigitte served on a task force that was tasked with the massive work of educating students in New Orleans after Hurricane Katrina destroyed the facilities in the entire school district and dispersed students and teachers across the nation. She worked on legislation to expand the Recovery School District and a constitutional amendment to allow the state to take over the district. In 2012, she led a stakeholder coalition that supported three pieces of game changing legislation. One bill virtually eliminated teacher tenure for new teachers and made school board micromanagement illegal; the second bill expanded school choice and created a state scholarship program; and the third reimagined the delivery of early childhood education. Additionally, that same year she worked on legislation that imposed term limits on local school board members. Finally, she was one of three founding members of a nonprofit organization called Dream Teachers which recognizes excellence in teaching and inserted performance standards into the state’s teacher of the year program. Brigitte completed her second stint at LABI focusing on early childhood education. She developed a concept for shared responsibility for services administered at the local level and was asked to testify before Congress regarding the model.

Brigitte holds a Bachelor of Arts in Political Science from Louisiana State University. When not working, she endeavors to see the world.